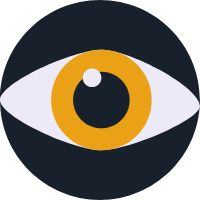 When you look around the room, what do you see? Do you see everything clearly, or are there spots in your visual field that are a bit blurry or fuzzy? If your answer is the latter, you need to see an optometrist for an assessment. In fact, it is a good idea to see an optometrist once a year whether or not you are actually noticing any changes to your vision. Optometrists offer vital services for us all. If you're seeking a better understanding of those services, then we invite you to read the articles provided on this blog, which is all about optometrists and their work.

What Do You See?

Clear vision is critical to a child's early learning and social development, and the sooner eye problems are detected and treated, the better the treatment outcome. Unfortunately, children may not understand or be able to communicate that they are having vision problems. That's why vision screening in prekindergarten children is so important. Yet too many parents are unaware of the importance of early screening and wait until it is provided by their child's school. Here's what you as a parent need to know about childhood vision screening.

Most parents are diligent about taking their children for regular pediatric exams, getting them the recommended vaccinations, and providing early dental care. But seeing an optometrist before a child enters public school is often overlooked. Unfortunately, by that time, you have lost the optimal time for treating many childhood vision disorders.

Amblyopia, also called lazy eye, is one of the most common childhood eye disorders. It is caused by a breakdown of how the brain works with one eye. Gradually, the brain relies more on that eye, while the other eye becomes weaker, thus the name lazy eye. According to the National Eye Institute, it's the most common cause of vision loss in children, with as many as 3 out of every 100 children afflicted with it. The good news is it's easily treated – as long as it's discovered early.

The Difficulties of Prekindergarten Vision Screening

One of the biggest hurdles for discovering eye disorders such as amblyopia in prekindergarten children or children with cognitive disabilities is that the traditional vision screening process requires cooperation and feedback from the child. They must sit still, recognize images on an eye chart, and communicate what they see to the eye care specialist. That's difficult or impossible for children under 5 years of age. But there is a solution.

About 20 years ago, vision screening devices called photo screeners became available. These devices shine a light into the eye and an infrared camera snaps a picture of the eye to detect abnormalities. It requires little cooperation and can be used on children as young as 12 months old.

Photoscreening technology allows early diagnosis of amblyopia and other eye disorders. Early detection means that treatment can begin at a young age. Therefore, there's a much greater chance of fixing the disorder before it affects early learning and social development, and before the vision problem becomes permanent.

Reach out to an optometrist such as Jeffrey C. Fogt, OD to make an appointment for your child.